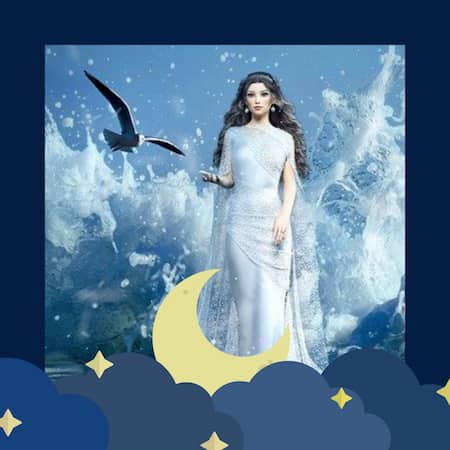 Sirio or Sirius is the proper name of the star Alfa Canis Majoris, the brightest of the night sky, seen from Earth, located in the constellation of the southern celestial hemisphere Canis Major (The major Can).

People who come from Sirius are spiritually advanced and their purpose is to work tirelessly on the spiritual evolution of the planet.

On a personal level, they are people who are in constant self-improvement. Many Sirian starseeds sense in some way the potential for spiritual development that they bring with them and “hide” for fear of not being able to control it, so we find both extremes, people who are very involved in issues of self-improvement and do a thousand things to the time, and people who do not want to hear about it, and both share the same origin.

In Africa, the Dogon tribe, are known for their vast knowledge about this constellation, including only recently discovered mathematical and physical data. According to their traditions, they have been in contact with inhabitants of Sirius (who have remained there, and are currently incarnate on Earth) who would have provided them with these incredible astronomical and spiritual knowledge. According to the Native-American tradition, the whale is one of the most sacred power or totem animals because they are the Guardians of the Akashic Records and keep the memory of the history of the Universe. Through them we know that Sirius is a very aquatic and blue planet, so souls originating in Sirius have a lot of attraction for the sea and feel that they are fulfilling their mission if they are constantly connected to the Akashic Records, they are usually channelers born.

Sirian starseeds are highly intelligent beings who lived on the predominantly water-based star Sirius, the brightest star in earth’s sky.
They have the mission to help humanity ascend to the next level and they are protectors and guardians.
The name Sirius comes from the Greek word seirios, which translates to scorching or glowing.

Sirius was important to the ancient Egyptians. They noticed Sirius rose right before the Sun, called a heliacal rising, every year the Nile river flooded. It is believed they based their calendar on this event and Sirius’s position in the sky. Many ancient Egyptian gods and goddesses have strong ties to Sirius, such as Sopdet, Osiris, Isis and Hathor. It is believed that Giza pyramid is in perfect alignment with Sirius.

It’s said Sirians are able to travel throughout the universe and that they have built an interdimensional pathway to visit us on earth. Many believe they have guiding humanity throughout history by sharing their teachings with humans. Some believe they helped build the pyramids, assisted in the creation of what we call witchcraft, and helped ancient lost cities like Atlantis flourish.

Sirians want to use their human lifetimes on our planet to truly understand human beings and they will often act as guides or teachers for those who are struggling spiritually or otherwise need assistance. Others are drawn to their energy and will often come to them for advice. Sirians take the words others say about them to heart. They are easily stung by the biting words of others and tend to internalize them for a long time.

Starseeds of Sirian descent tend to be pretty quiet in nature. They are slow to open up to new people and don’t spend a lot of their time attempting to make friends. They also tend to have intense integrity and extremely high morals. Sirians keep a small circle of trusted people in their lives. When they make friends, they are extremely devoted and will do everything they can to honor those friendships.

Another shared characteristic is their love of fantasy genre. They like movies, books, tv shows set in that genre. This type of entertainment reminds them of the wild and fantastical world they once lived in on Sirius. Starseeds from Sirius seek out information about their spiritual studies across the globe. Their studies and learnings generally result in a calm relaxed presence that can handle pretty much whatever life throws their way.

Article Name
5 Traits about Sirian Starseeds
Description
5 Traits about Sirian Starseeds: 1 - The stellar seeds from Sirius are very advanced in their spiritual path. 2 - They come to help the planet to evolute to the next spiritual level. 3 - They are in constant self-improvement. 4 - They love the water and the sea. 5 - They are intuitively spiritual guides to others. Many Sirian starseeds sense in some way the potential for spiritual development that they bring with them and “hide” for fear of not being able to control it, so we find both extremes, people who are very involved in issues of self-improvement and do a thousand things to the time, and people who do not want to hear about it, and both share the same origin.
Author
Karen Prieto
Publisher Name
Alien Meditation
Publisher Logo